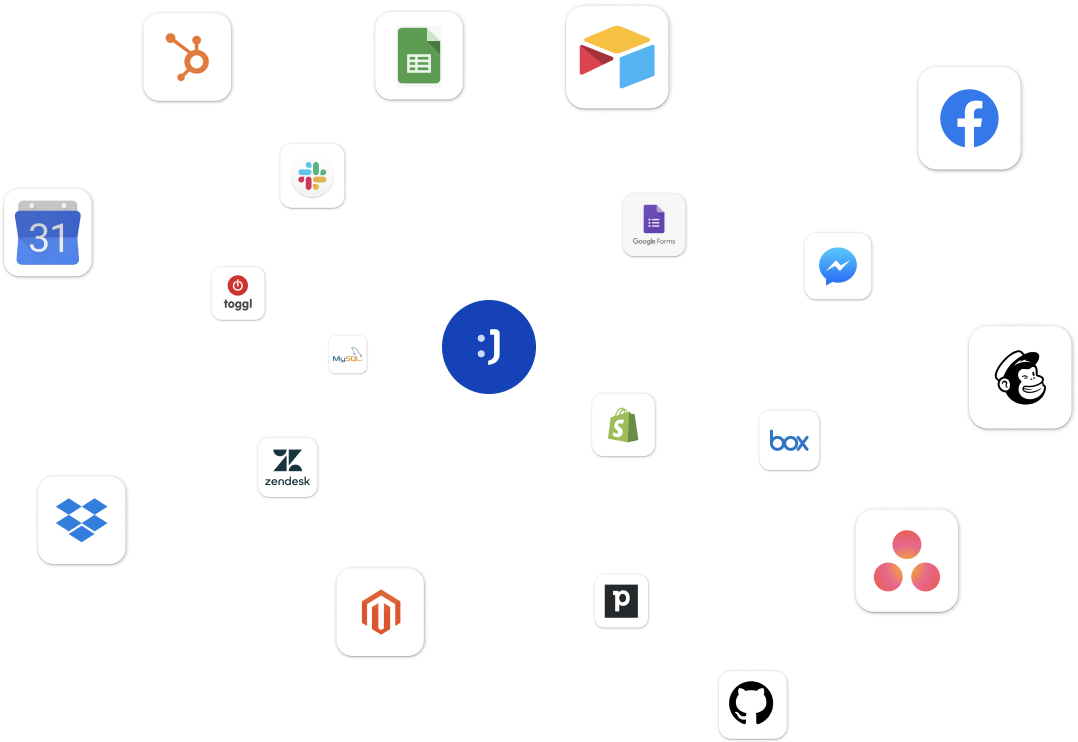 Why your back office should be connected

Companies are complex. Each area has its own objectives, as well as their own means of achieving them. Often, this means having dedicated software for specific tasks. Platforms for email marketing, live chat with customers, hosting services, you name it: having specific software can help you do specific things better and faster.

Where this variety of platforms can slow you down, however, is when you need for those to communicate between themselves. Too often processes can grind to a halt when you need one to send information to the other. It’s common for a report to get delayed because one set of information must be exported, treated and then sent to whoever is writing that report.

Worst yet, sometimes it’s not only reports that get held back. Operations can stop or lose much needed efficiency when things are still done manually. For example, failure to update orders and inventory in time for the logistics team to plan routes can often cause delays and financial losses.

The most egregious example of inefficiency caused by isolated platforms, however, is regarding communication. Repetitive notifications or alerts are often relayed by team members when they could easily be sent automatically.

Lack of integration stunts growth when you need it the most: when things are scaling up. That’s why Jestor makes it easy for you to pull and send information in whatever means you need.

Repetitive tasks and alerts are often the easiest targets when it comes to automation. You know they have to be automated at some point, but lack of technical knowledge, time or resources often get in the way of solving this particular problem.

It’s a shame too, because often this little investment of time can pay off by saving your team dozens of hours a week.

In Jestor, you can create simple tricks entirely through the interface, just like you would create a field or a table. It’s as simple as understanding when something needs to happen and what needs to be done. For example, when a bug is reported, send a Slack message to a channel. Or, when a Deal reaches a Won, create a record on the Billing table. You can even integrate jestor with other platforms by sending data to an external webhook.

Tricks are powerful in their simplicity: they’re powered through semantics, not coding. This means business teams don’t have to rely on the tech team to automate their processes. They’re empowered to do so on their own.

When we talk about webhooks, there’s a common source of frustration across different platforms. They’re convenient, sure, but they’re also static. Most of the time, a platform will provide you with a webhook that works in a very specific way. It works perfectly for what it’s intended to do, but if you need something that is just a bit different, well, you’re out of luck.

In jestor, you can create your own webhooks in two different ways:

The webhooks area will show you your webhooks, what table/function they point to, and a list of requests/data sent to them.

Development tools to do what you wish

Sometimes, you need really specific automations or integrations. The ones where you really want things to work in a very particular way, like treating data or arranging a sequence of complex automations to run at once.

If tricks and webhooks won’t do, don’t worry. We’ve got you covered.

Jestor allows you to code your own automations for those moments where you need total control and power to tweak every little detail to suit your needs.

You don’t even need to be a developer to build amazing things: learning the basics of programming logic will get you far. If you’re used to spreadsheet formulas or macros, you’re already halfway there.

Learn more about how powerful jestor is

If you want to know more about what (and how) you can do things your way in jestor, just check out our documentation. We’ll also be happy to guide you through our tour!